by trusted insight posted 5years ago 962 views
Venture Capital
It has been an eventful week, and it's easy to fall behind. Here are the 10 most important reads of the week.

New York City has long been the center of U.S. -- and some would argue global -- financial activity. Vast fortunes have been earned and lost many times over in America’s most populous city. As the financial capital, Trusted Insight is highlighting New York City-based single-family offices:

An extraordinary amount of managers were raising first time funds, with an overwhelming number doing so without prior institutional venture investing experience. Most faced the same issues around raising a fund. The LP’s expressed intrigue into the Micro-VC class, but very few had really taken an active role in allocating. Read more »

Kathy Vogelsang is the chief investment officer at Van Andel Institute, a nonprofit medical research center based in Grand Rapids, Michigan. Vogelsang joined the institute in 2005 as its inaugural chief investment officer for the organization's $1.3 billion of endowment assets. Previously, Vogelsang was vice president and senior portfolio manager at Fifth Third Bank and an investment manager at JVA Enterprises, a single-family office founded by Amway Corp. co-founder Jay Van Andel and his family. Read more »

Yale University, one of the most-watched and best-performing college endowments, defended the fees it pays to external managers, saying in an annual investment report that a low-cost passive strategy would have "shortchanged" the Ivy League school’s students and faculty. Read more »

Peter Fenton, a general partner at Benchmark and a former Twitter board member, discusses in an hour-long interview his investment strategy and what he looks for in tech companies. Read more »

Ray Dalio: There Is A Human Tragedy Taking Place In America

Ray Dalio is with Jamie Dimon. Dimon, the JPMorgan CEO, said this week that while the US is "probably stronger than ever before," it is "clear that something is wrong." Read more »

2016 was a peculiar yet interesting year for institutional investors -- index funds outperformed active equity managers; geopolitical factors such as the U.S. election, Brexit and political turbulences in European countries rattled the macroeconomic environment, making investing ever unpredictable and challenging for institutional investors. In part two of Trusted Insight’s interview with Ana Marshall, CIO of the William and Flora Hewlett Foundation, she discusses these topics and her strategy to guard Hewlett Foundation’s portfolio against risks and uncertainties. Read more »

New Head Of Soros Fund Has Defied Markets, And Expectations

As chief investment officer for Soros Fund Management, Dawn Fitzpatrick manages $26 billion. But she takes over at a precarious moment for global markets. Read more »

Public pension officials leave for private-sector gigs all the time, but Réal Desrochers’s departure from CalPERS casts a wider shadow than most. The combative, press-shy chief of California Public Employees’ Retirement System’s private equity team left for a position at a “large overseas bank” after six years with the $315 billion public pension system. Read more » 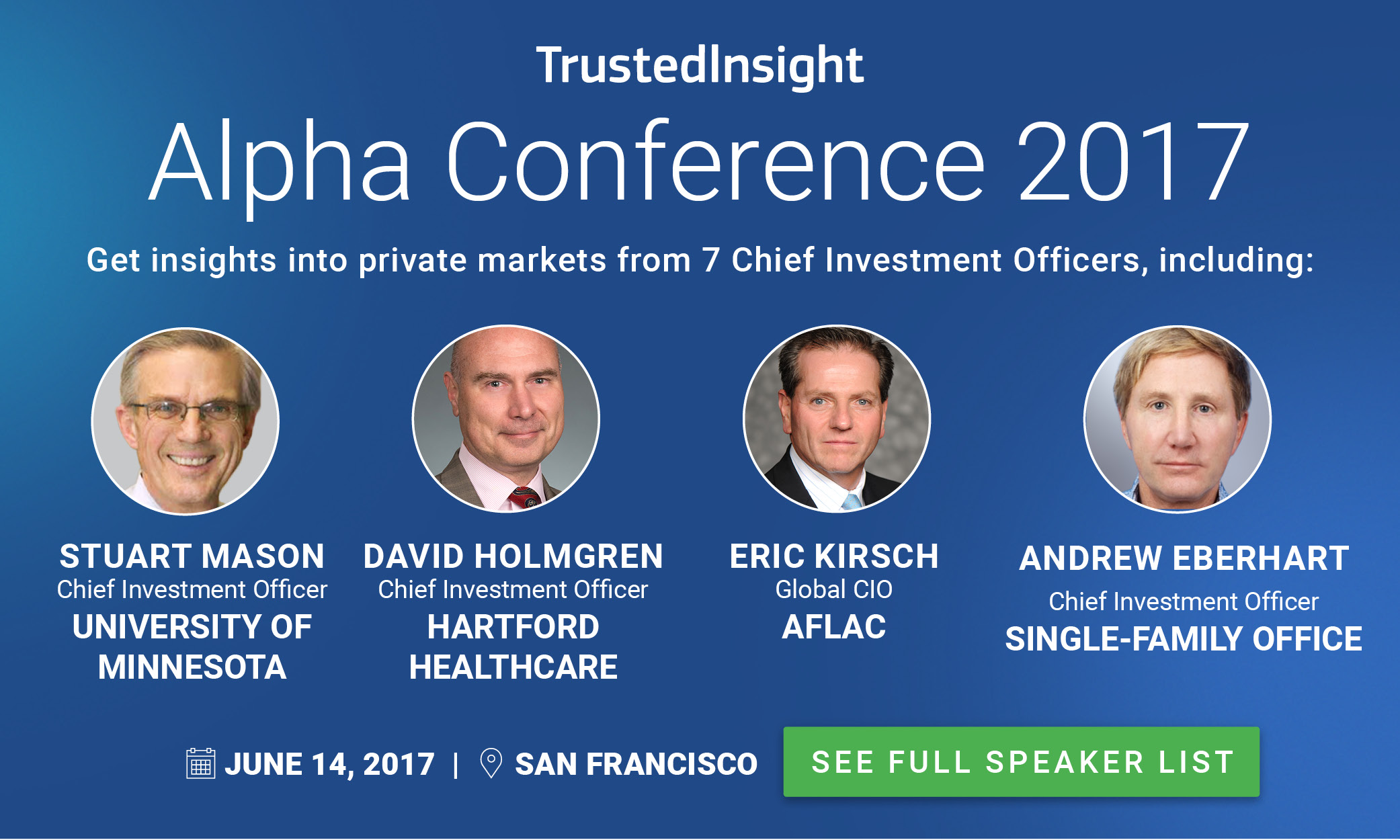