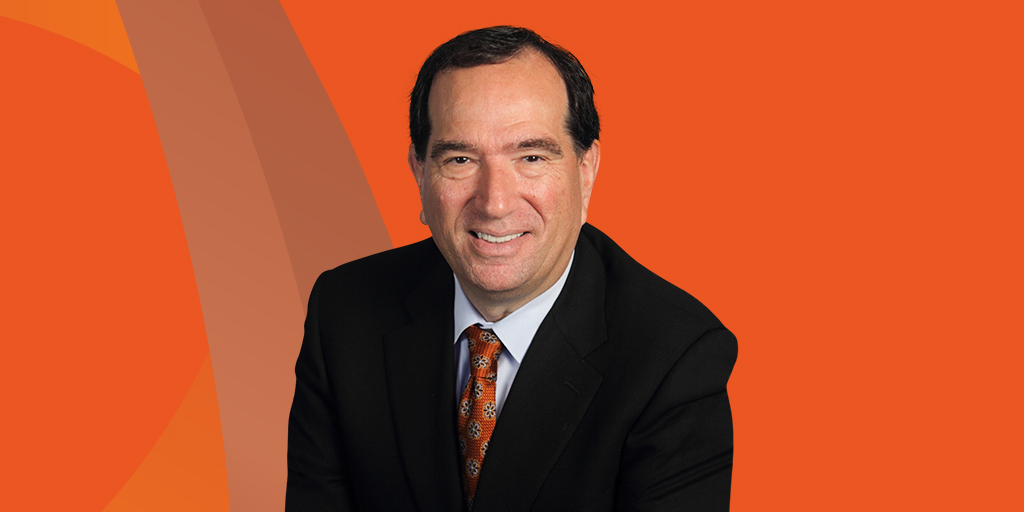 by trusted insight posted 1year ago 2302 views
Scott Richland has served as chief investment officer of the California Institute of Technology's (Caltech) investment office since September 2010. The Caltech Investment Office manages over $3.3 billion of endowment, trust, and other assets. In this interview, he discusses the many things that separate Caltech from its research-centric peers; his biggest task when joining Caltech to his current focus on navigating the investment office through a global pandemic; and how having a tenured team has benefited them greatly.

Trusted Insight: Can you tell us about Caltech and its investment office?

Scott Richland: Caltech is unique in several ways: first, we are focused on fundamental science, engineering and technology; second, we are research-centric, with over 50% of our revenues coming from federal research grants; and third, we are much smaller than most people realize. We have about 300 tenured and tenure-track faculty educating about 950 undergraduates and 1,200 graduate students. Because of the very low student-to-faculty ratio most undergraduates are afforded the opportunity to conduct research directly with a faculty member – an activity typically reserved for only graduates students on most campuses.

"We currently manage about $3.3 billion, about $2.8 billion of that is endowment, and the balance is operating funds that are being held for capital expenditures and other needs over the next couple decades."


Beyond research and education, we also operate the Jet Propulsion Laboratory (“JPL”) under contract with NASA. We actually have about 6,500 employees at JPL, which is responsible for most of NASA’s unmanned space missions. For instance, the landing of the rover Curiosity on Mars a few years ago, as well as a new mission to Mars to launch later this year, are conceived, built and executed by JPL. JPL also operates NASA’s Deep Space Network- an international array of giant radio antennas that monitor and support interplanetary spacecraft missions.

The endowment office is small. We currently manage about $3.3 billion, about $2.8 billion of that is endowment, and the balance is operating funds that are being held for capital expenditures and other needs over the next couple decades.

We have 12 total employees including me. We are split about 50/50 between operations/administration and the investment team. The investment team are hybrid specialists broken down by public equities, private equities, natural resources, hedge funds, real estate and a couple other categories. I say hybrid specialists because while each person has a focus, the team works together extensively, reviewing one another's transactions and portfolios, sharing ideas, communicating market intelligence. Any member of the team is welcomed to any manager meeting, regardless of sector or specialty.

Trusted Insight: How has COVID-19 and working remotely impacted your operations?

Scott Richland: While obviously the pandemic has had a horrific global impact both in terms of loss of life and economic devastation, the impact on the investment office has been quite benign – and in some way we’ve benefited. For example, in the office, due to travel and meeting schedules, we generally met as a team once a week on Monday mornings. With travel cancelled and remote working, as well as the “crisis” in the markets, we started out meeting every morning via zoom, although just recently we cut that back to three days a week. In those staff meetings we review all of the manager meetings we've had since the last call as well as any new opportunities any of us have identified.

"When I joined the Institute at the end of 2010, the endowment was sitting on about 20% cash and it had raised as much as 30% cash during the 2008 crisis... My task coming in was to completely rebuild the portfolio."

The process has worked incredibly well, and frankly increased our team cohesion. One of the things I'm most proud of is that in the almost 10 years I've been at Caltech we’ve had no voluntary turnover. Most of the team has been there 10 years or more at this point.

Trusted Insight: That's an interesting insight to having a tenured team as they tend to perform the best. You joined Caltech after the last great recession. Did you see any rethinking or rebalancing of the asset allocation strategy?

Scott Richland: In the 2008 crisis, for a variety of reasons the Institute determined that it was appropriate to de-risk the endowment. Of course, the problem with de-risking is not only do you have to make a decision to de-risk, but you also have to make a decision on when to re-risk. The latter decision, unfortunately, was never really made post-2008. When I joined the Institute at the end of 2010, the endowment was sitting on about 20% cash and it had raised as much as 30% cash during the 2008 crisis. In addition, the endowment had made virtually no commitments to private equity or real estate for nearly three years.

My task coming in was to completely rebuild the portfolio. By the way, as a result of going to cash and not continuing to make commitments to various managers, the endowment fell from being a first quartile performer to being a fourth quartile performer in 2010-2011. It took many years to turn it around, and now we are comfortably back into the first quartile amongst our peers.

Trusted Insight: What does that allocation look like today. Will there be any more shifts moving forward, given the near term market turmoil?

Scott Richland: Broadly, the endowment can be split into three categories. We have about 1/3rd in global public equities with an overweight to emerging markets and a slight overweight to non-US developed markets. You can imagine that weighting has held us back the last few years, as the U.S. has done particularly well on the public side.

The second third is in private investments such as private equity buy-outs, venture capital, real estate, and energy. The balance would be what we call alternative securities. It's basically a collection of funds that don't really fit in the other two-thirds. It could be standard things like long/short equity or event-driven managers, but it also includes draw-down funds like distressed debt and more esoteric investments like mortality-based investments, pharma royalties and even some consumer lending in foreign jurisdictions. They are investments we think are interesting where we can get additional compensation as a result of them being somewhat unique and smaller than what you would see in a more “vanilla” portfolio.

"There are financial pressures on campus we need to be aware of and prepared to address in the worst case."


With regard to any shifts going forward, we don’t plan any major shifts in the near-term. However, certainly, we will have to spend time assessing what a post-COVID world portends and how that may affect the sectors and industries in which we invest. In addition, somewhat overlooked due to the health crisis, the crash in oil prices has far-reaching and disparate impacts on various investment sectors into which we’ll need to do a deep-dive.

Trusted Insight: Would you say that this time Caltech is considered more of an offensive investor or defensive investor? Some LPs agree they are “shopping” right now because everything's on sale.

Scott Richland: Going on the offensive was certainly our intention and we came into the crisis quite purposefully with more cash, around 6%, than our normal 2-3%. We raised cash during the second half of 2019, not because we knew that COVID-19 was going to happen, but because the markets seemed quite rich and we suspected something, at some point, was going to burst the bubble. As it turns out however, 6% is not that much when your inflows like PE distributions and gifts stop and your distressed debt manager capital calls balloon. So we have enough cash to cover our payout for the next several quarters as well as fund our capital calls – all without being forced to sell equities below their high-water mark. So in that respect, we are on offense in that we had a lot of dry powder in draw-down managers that are now calling capital. And that’s why we made those commitments in the first place, anticipating a dislocation opportunity sometime in the future. On the other hand, we don't have a lot of excess cash that would allow us to be super aggressive, and we're not ones to use leverage in the portfolio.

"My team literally works in a little three-bedroom house, built-in 1921, across the street from campus. We're like a family. We're all friends and we enjoy working together."


With that said, there are many interesting opportunities and we may do a couple of things, but we really need to be cognizant of what's currently going on at the Institute. All non-essential work is being done remotely, classes are being conducted online, and our research enterprise has essentially been shut down for the time being. So there are financial pressures on campus we need to be aware of and prepared to address in the worst case. The mindset is offensive, I just don't necessarily have a lot of capital to be offensive.

Trusted Insight: What are some topics that your team is trying to get a better grasp of? What areas can CIO peers cover more of?

Scott Richland: It's been beaten to death, but I'm always interested in how people think about hedging, and obviously tail-risk hedging in this kind of environment. We look at it all the time. We almost always reach the conclusion that if you feel the need to hedge your exposure, the most cost-effective way to do that is to manage the exposure you feel the need to hedge? If you don't have the risk appetite for as much risk exposure as you have, don't hedge it, just reduce it.

Trusted Insight: You've done a great job of building and retaining your investment team. How do you filter for people who are going to stay with you a very long time?

Scott Richland: It's a hard question to answer because most of my team have been around for so long and I don't hire very often. One thing I learned from a very successful businessperson with whom I worked for a long time: “you can't teach smart.” Ultimately, I'm looking for someone who has great intellectual curiosity, has the capability and willingness to learn, and probably most importantly of all, is a good, incredibly honest, team-oriented person. My team literally works in a little three-bedroom house, built-in 1921, across the street from campus. We're like a family. We're all friends and we enjoy working together. We challenge one another to be better investors today than we were yesterday. I also look for somebody who's willing to speak their mind and challenge me…and of course, knows when to stop speaking!

Finally, I look for people who can handle being treated like an adult. What I mean is, the person knows what they need to get done and under what deadline. When they choose to do the work is up to them. If you're a 6:00 a.m. to 4:00 p.m. kind of person, that's fine. If you need to take a Thursday off, that's fine. People on any particular day could ask me, "Where's so-and-so?" and I probably would say, "I have absolutely no idea." And that’s ok. That person knows what they need to get done, and if they don't, then they're not going to be around very long. Since we’re all paid on the exact-same basis, none of the team is interested in carrying an underperformer.

The full list of 2020 Top 30 Endowment Chief Investment Officers can be found here. 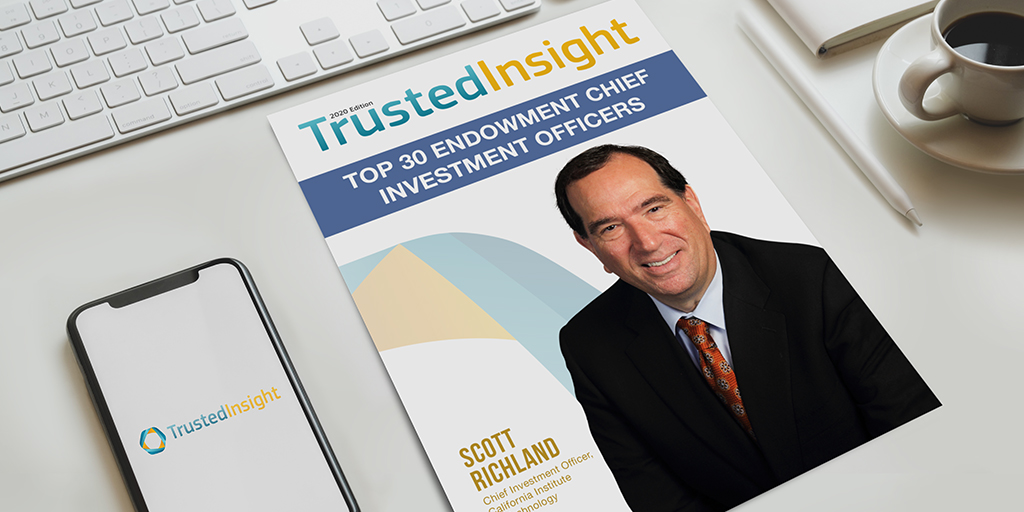