Gary Bruebaker is the chief investment officer of the Washington State Investment Board, where he manages over $128 billion, invested on six continents, within 76 countries and 49 currencies. In part one of this interview, he discusses why annual planning is the center of Washington's asset management, the three Gs in his strategy to attracting and retaining investment talent; and the importance of reinforcing conviction during times of financial crisis.

Gary Bruebaker was recently named on Trusted Insight's 2018 Top 30 Public Pension Chief Investment Officers. He graciously spoke with us on March 22, 2018. This interview has been edited and condensed.

Trusted Insight: In what ways have you seen your investment philosophy or approach to the markets evolve since joining Washington State in 2001?

Gary Bruebaker: I've been in the business for just over 40 years now. I've seen the whole marketplace evolve, and along with that, hopefully, I've evolved as well. When I was with Oregon prior, we did limited advance planning every year, but for whatever reason, it just didn't seem to jell, but when I got here, it did. It was an evolution as opposed to a revolution, and we started out just conducting annual planning for only private equity, and then we expanded it to include real estate. Eventually, we expanded it to include tangible assets, risk management and global equity. Annual planning is a core part of our investment management now.

Every year, each of my asset classes does an in-depth plan which is a tactical plan for what we want to accomplish during the next year and a strategic view of where we think we're going over the next five-plus years. Those plans are presented directly by staff to the board, and the Board approves them, then we use that as our map for implementing our program over the course of the next year.

Trusted Insight: You mentioned that you’ve been doing this for 40 plus years. What attracted you to the realm of pension investing as opposed to any other branch of institutional investing?

Gary Bruebaker: I started out my career as an auditor. I was a Certified Public Accountant and I issued debt. When I went to work for the Housing and Community Services Agency, I got a little taste of investing. I got to invest what I thought at the time was a lot of money, half a billion dollars. Now we have transactions larger than that, but at the time I was intrigued by it. I went to work for the Treasury as the deputy state treasurer, where the chief investment officer worked for me. I thought that Dan Smith, the CIO at the time, had the greatest job in the world. I wanted his job, but he wasn't going anywhere. That's why I left Oregon and came to work up here when they had an opening for the chief investment officer, and I've been investing here at the Washington Investment Board for 17 years now.

"We have a great team here, which consists of 42 investment professionals. Collectively, we have 78 college degrees, about 34 certificates including CFAs and over 835 years of industry experience."

The world that we operate in is constantly evolving while getting more complex. It's really interesting work because you're not just redundantly doing the same thing over and over, and that’s really what has drawn me to it.

Trusted Insight: What’s your strategy in attracting and retaining talent in your investment office, considering the red tape associated with being a government entity?

Gary Bruebaker: We're really blessed. We have a great team here, which consists of 42 investment professionals. Collectively, we have 78 college degrees, about 34 certificates including CFAs and over 835 years of industry experience. Our recruiting plans follows what we call the three Gs.

Green
Green is the first of the Gs that we use. We try to hire a certain number of people that we refer to as being green, as in right out of college or very early in their career. The great thing about working for the Washington State Investment Board is that they'll get immediately exposed to things that the corporate world will require spending 20 years there before they'd get to it. Here, they might gain certain exposure in three to five years, which is really attractive for new people.

We've been very good at attracting quality people, and lucky at the same time. We have a demonstrated successful track record of promoting from within. We even have people who switch from one asset class to another after they're here.

"I happen to love Olympia, and you couldn't get me out of Olympia even with dynamite. My family and I are very well grounded here. The reality is the motivations of today’s younger workforce are different than those of my generation."


We've also opened up our minds in terms of other ways that we can employ people. For instance, we have an individual who works from his home office in San Francisco, which works out quite well for us. We're trying to find creative ways to work with the new generation, recognizing that people are attracted to different things today than in the past. We’re getting a better understanding of what motivates the younger generation, and then using that to make changes within this organization. I’ll tell you, if it's all about the money, they're not going to come here. We pay extremely well for Olympia, but there are others who pay more. For instance, we don't pay salaries that are highly competitive with areas like Seattle or San Francisco.

Grounded
The second G is grounded. We have a number of people we've been able to hire who, for whatever reason, they have a connection to this area. Their family is either here or they're looking to raise a family in a place like Olympia. There's just something about the area that appeals and grounds them. For instance, Bill Kennett, our fixed income senior investment officer, came to Washington and just never wanted to leave. He's an avid hiker that goes hiking just about every day. There's no chance he would move anywhere other than Olympia, and we are lucky to have him. We try to get people who have some type of a connection to this area, and that's why they stay.

I happen to love Olympia, and you couldn't get me out of Olympia even with dynamite. My family and I are very well grounded here. The reality is the motivations of today’s younger workforce are different than those of my generation. Some don't want to live in Olympia, which is why we recently opened an office in Seattle. With our offices in Seattle, we've been able to recruit people who we may not have been able to get with just our Olympia location. That's worked out exceedingly well for us.

Gray
The other end of the spectrum is gray. That refers to people who are towards the end of their career. They've already made money and built a skill set so now they want to contribute in a meaningful way and make a difference. One of the greatest things about this job is that every single day, we get to work on behalf of more than 700,000 public employees. Our responsibility is to secure their financial future. For every extra dollar that we can earn in the portfolio, that's 50 cents that a firefighter, teacher or other public employee doesn't have to pay into their own retirement and 50 cents an employer and taxpayer doesn’t have to pay into the system. Those are the three Gs that we use for recruiting.

A challenge for us on the recruiting side is that we work in a bonus-free environment. Again, if it's all about the money, they're not going to come to work for us. Our experience is that once we find the right people, we’re able to retain them.

Trusted Insight: What’s the number one lesson learned throughout your institutional investment career?

Gary Bruebaker: You need to have the most conviction when the markets are going against you and people are publicly questioning whether what you've done is right. Clearly, you have to test your own thinking to see whether you've got some things wrong, but for the most part, that's when you've got to really reinforce your conviction.

This is very much a relationship business. We took the opportunity to call each of our core general partners in private equity, and we told them "Look, we committed to you that we would be here when you needed to call capital, and we will be, so when you call capital, we will make good on that capital call. We are asking you to voluntarily raise the bar, which we think you're probably already doing anyway. Also, make sure that any money you're investing and the return you are anticipating is better because the cost of capital and the cost of liquidity has gone up."

We just wanted to deepen those relationships to let them know we would be here for them.

You can view our full catalog of interviews with institutional investors here. 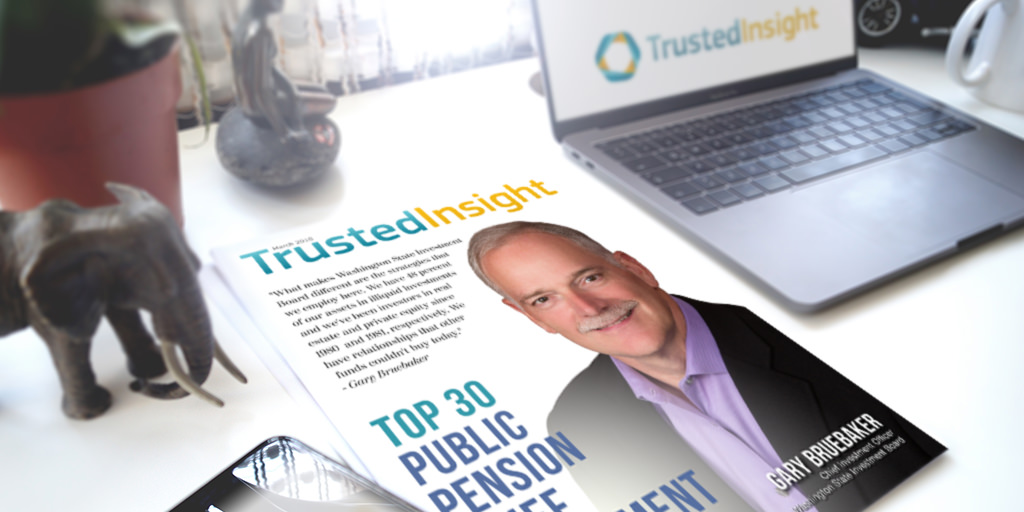