Private equity funds and platform startups dominated the venture space in April. Ride-hailing unicorn Lyft closed a $600 million funding round, 16 months after its last $1 billion series F led by General Motors. Private equity giant KKR participated in the latest round, along with venture capital firms Baillie Gifford, AllianceBernstein and Graphene Ventures. Lyft is valued at $7.5 billion after the round.

Here is a quick summary of the 10 biggest venture deals closed in April. 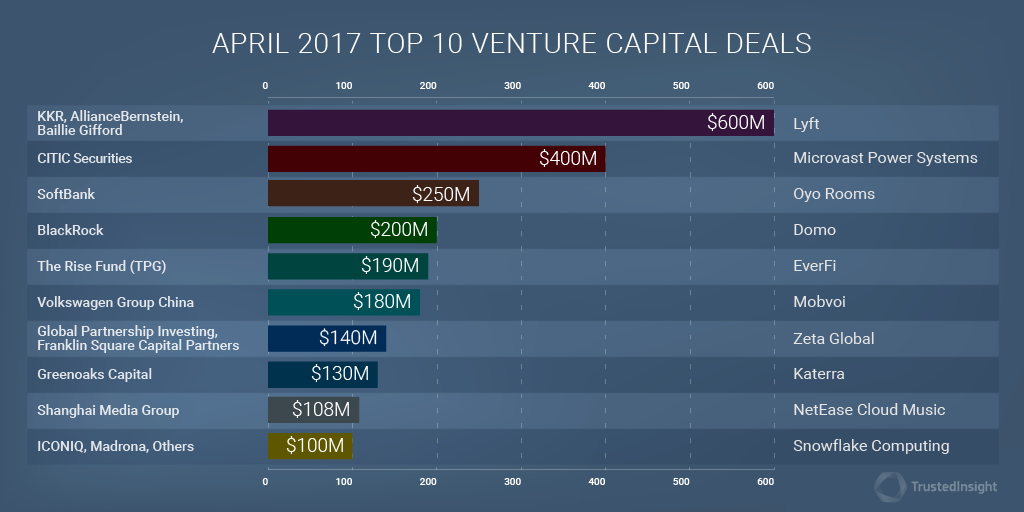