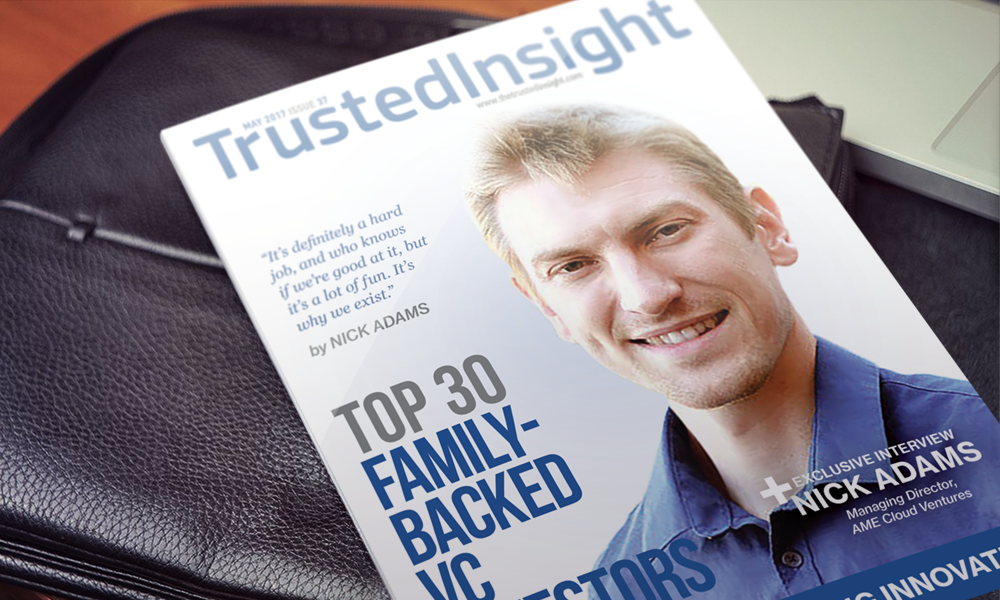 Top 30 Family-Backed VC Investors. Family offices have come a long way. What was once a cottage industry of personalized financial advisors serving the basic needs for the ultra-wealthy, these investment operations have grown increasingly sophisticated and are now some of the most active pioneers in venture capital investing. Many wealthy families and individuals — often entrepreneurs by origin — utilize family offices or personal venture capital firms to invest directly in the next-generation of innovation. This list features 30 outstanding individuals from this unique group of institutional investors who are early funders of some of the most successful companies of tomorrow.

Robots Are Eating Money Managers’ Lunch. A wave of coders writing self-teaching algorithms has descended on the financial world, and it doesn't look good for most of the money managers who've long been envied for their multimillion-dollar bonuses. Here's why.

Endowments Hope Another June Black Swan Won’t Spoil Strong Year. In 2015, it was the Greek debt crisis. Last year, Brexit. No news will be good news for many endowments -- at least for the next two weeks -- as they seek to avoid a seismic geopolitical event that wipes out their better-than-average returns before the end of the fiscal year on June 30.

Differentiating Good & Great VCs: Benchmark's Peter Fenton | Podcast. Peter Fenton is a general partner at Benchmark, one of the world's leading VC funds with a portfolio including the likes of Twitter, Uber, Snapchat, eBay, WeWork and Yelp. Fenton discusses how to differentiate the good and great VCs, how VCs can improve their investing ability and why operational experience is not a necessity.

Institutional Investing Shaped By Human Behavior | Exclusive Q&A With Clark Cheng, CIO Of Merrimac – Part I. Clark Cheng is the chief investment officer at Merrimac, a private investment firm based in Stamford, Connecticut primarily investing in hedge funds. His interview is divided into two parts. In part one, he discusses how his academic background in psychology informed his decision-making as an investor and why he believes understanding human behavior is essential in any career. He also shares views on innovative investment products and why he thinks some can be problematic.

Highly Anticipated Hedge Fund Finally Finds A Name. It looks like a highly anticipated hedge fund that has been taking talent from Izzy Englander's $US35 billion fund has a potential name. The name was registered in a filing by Michael Gelband, and has been floated among industry insiders over the past several weeks.

Texas Teachers Bears Down On Fees. The $140 billion Teacher Retirement System of Texas is working successfully with its hedge fund managers on a new compensation structure that promises to "radically realign" the fees the fund pays.

A $16B Hedge Fund CIO Explains What It Takes To Work At A Hedge Fund Today. Schonfeld Group's chief investment officer, Ryan Tolkin, explains what kind of skill sets are the most valuable when it comes to working at a hedge fund.

Billionaire James Simons: Using Mathematics To Beat The Market | Video. An interview with billionaire mathematician and founder of the hedge fund Renaissance Technologies, James Simons. In this interview James discusses using data to find trends in the stock market. James also talks about his early life and interest in Mathematics.